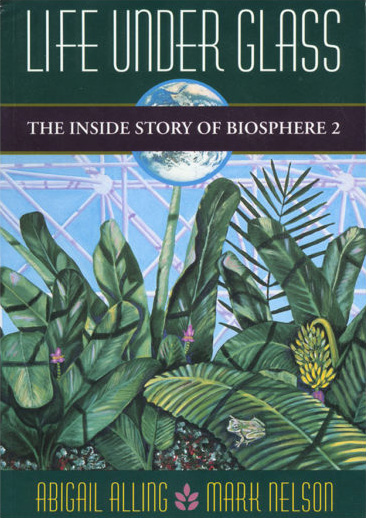 life-under-glass-510×651
by Abigail Alling and Mark Nelson Planet in a bottle. Eden revisited. Laboratory under glass. The largest self-sustaining closed ecological system ever made. Biosphere 2 is many things to many people. From its half-acre farm to its coral reef to its emerald rainforest—this unique research facility has proven itself a marvel of human engineering and a testament to the human imagination. For two years, four men and four women lived and worked inside the structure, recycling their air, water, food, and wastes, and setting a world record for living in an isolated environment. But what has this giant glass-and-steel greenhouse been to those most intimately involved with it? What has it meant to the first crew who studied and cared for it? What was it really like to be sealed inside a giant laboratory for twenty-four months? In Life Under Glass, crew members, Abigail Alling and Mark Nelson with co-captain Sally Silverstone present the full account of those two remarkable years. From the struggles of growing their own food, to learning how to help sustain their life-giving atmosphere, the general reader is offered a rare glimpse into how a group of dedicated researchers managed to surprise the world and fulfill their dream. Other crews will come and go, but no one else will face the risks, the uncertainties, and the challenges that this new breed of explorers did on Biosphere 2’s maiden voyage. Here is the fascinating story of how it all appeared—living under glass. Biosphere 2 was selected as one of the top ten science experiments in 1993 by Time Magazine and Good Morning America.
Show more 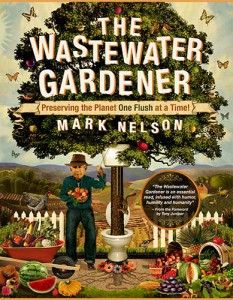 This project probably pioneered the transformation of ecology into an experimental science, while the crew has survived a unique social experiment: the longest voluntary tenure in a confined environment on record.
— USA Today

“An interesting experiment that could significantly aid the current space entrepreneurs with their intentions to colonize the moon and elsewhere.”

“I decided on three stars as I would give it 5 stars for describing their workday and how the biosphere worked and the problems they overcame and what they learned, etc. etc. etc. But I would give it one star for personal information, so I averaged it out to three. The biggest disappointment was that there was no real personal info. I understand that they swore a blood oath not to divulge any specific interpersonal relationships, but that doesn’t seem to me to preclude the authors’ personal interior trips, nor how the dynamic of 8 people in isolation for 2 years ebbed and flowed. I was left with no idea how it would be to live like that. I am sure that there were irritations between people which came and went, feelings of wanting to quit and leave, being glad to have the time without much worldly distraction, elation and despair, and so on. What about the psychology of the great experiment?At the end I was left with the feeling of – yeah, but what did it feel like, what was it like to be in there for 2 years?”

Having first read “Biosphere 2: The Human Experiment” by John Allen, I came away with the technical side of its workings with only a brief look at the actual participants themselves and the going-on inside the ‘dome. I searched out this book to gain a more personal aspect as to what it was like to live in isolation from the outside world with several other great scientists and have to deal with the fact that your very survival inside this pseudo-spaceship would depend utterly upon fragile human relationships and teamwork. The author is very good at describing a typical workday inside B2 and also describes the many personalities, quirks and eccentricities that made the people around her all so human. This is a book about the PEOPLE and not just a focus on the technology, and that’s exactly what I found to be most interesting. What B2 fan hasn’t wondered if they themselves could have managed inside for a year if given the chance? After reading this book, I realized I didn’t have the “right stuff” to be a biosperian and probably would have been banging on the airlock to get out after a week. If you want to know what it was like to live in there, then read it from the people who lived it..the authors themselves. Very enlightening and recommended.

5.0 out of 5 stars – Everyone should buy the book and visit the Biosphere 2

we have been thru 3 times and loved reading the book

Fascinating reading, especially if you have ever been to the Biosphere.

Great detail. Wish I’d read it before touring the Biosphere 2.

We encourage you to purchase your copy of this book at your local bookstore!